1)       According to the Asheville Chamber of Commerce Asheville is: Edgy, Artsy and Inviting

“Asheville is that type of unique, special place that lingers sweetly in your mind and memories for years to come. The city's rich architectural legacy with its mix of Art Deco, Beaux Arts and Neoclassical styles is the perfect retro-urban backdrop to the edgy energy that emanates from the locally owned-shops and art galleries, distinctive restaurants and exciting entertainment venues. Known as an art colony, a healing resort and a home to notable luminaries, statesmen and bohemians, Asheville is one of the most welcoming, vibrant cities in America.”

I have been living in Asheville for over ten years and many friends throughout the country tell me they have heard great things about Asheville, but want to know what all of the positive buzz is about.  Although, clearly Asheville is no longer a secret, my favorite description includes “Asheville is a cross between Boulder, The West Village, Berkley and Santa Fe, but it’s in the beautiful Mountains of North Carolina at half the price.”

That being said, all sorts of people ranging from the young hip crowd (Think Willamsburg) to the hip retirees (Think Austin) have been flocking to the region for years, notably driving up real estate prices.  In particular this major influx has been turning the rental market into a nightmare scenario for tenants (Think San Francisco).

According to a recent Zillow study, Asheville (city) Year over Year (YoY) rental rates are up 12.4%.  Of the 117,000 total housing units in the county, 34.5% are renter occupied housing units.  Demand from renters is clearly outstripping the supply of rental homes available.  Due to the cost of construction, permitting issues, land-prices/availability and the mountainous nature of the area, very little rental supply is projected to be coming onto the market for years to come.

Being a real estate investor in Asheville, the following scenario is very common. Immediately after listing rentals ranging from $950-$1,795, consistently over 30 applicants will contact me within the first few days. The quality of tenants are getting better and better and landlords are consistently raising rents 5% per year, no problem.  I have to admit that I feel bad, rejecting all of the tenants looking for homes on Craigslist, however I know they don’t take it personally. The frustrations from tenants looking for good quality homes is being felt all throughout the region. As I write this article, I am literally getting tenant after tenant (40 and counting) sending me emails about a home that I just listed and rented the first day it hit the market. I guess it’s time to remove it from the inventory.

2)    According to the Asheville Convention and Visitors Bureau, Asheville has been

recognized for its splendors by dozens of magazines, Web sites and publications in

recent years. Accolades range from the designation by Frommer's as one of a dozen '

Having lived in some very nice abodes in La Jolla, Santa Barbara, Washington DC, Newport, RI, Seattle among other notable cities in the country, I can attest to the fact that Asheville has it all. Below are a few examples of who is saying what about the area. This being said, all of this positive press has been sending transplants to Asheville for years. A majority of them will find it a very tough going to purchase in Asheville anytime soon, since salaries are restricted in the area and affordability for many young professionals is an issue.

ü  Southern Living magazine named Asheville one of the "Tastiest Towns in the South." Asheville was recognized for it's intrepid casual fare led by a tight-knit group of indie-chefs. (May 2013)

ü  Fodor's named Asheville as a Best Destination for Fall Foliage in a feature on the TODAY Show. (September 2012)

ü  Readers of Condé Nast Traveler ranked the Spa at the Inn on Biltmore Estate as one of the top 75 spas on the U.S. mainland. (June 2012)

ü  Readers of Conde Nast Traveler ranked the Spa at the Inn on Biltmore Estate as one of the top 75 spas on the U.S. mainland. (June 2012)

ü  Asheville maintained its "Beer City USA" reign, tying with Grand Rapids, Mich. in the fourth year of an online poll posted on Examiner.com. (May 2012)

ü  Asheville won the 2012 Reader's Choice Awards on About.com for Most Romatic Place in the USA and Canada. (April 2012)

ü  TripAdvisor.com lists Asheville as one of its "15 Destinations on the Rise." (December 2011)

ü  Zagat.com included Firestorm Cafe & Books in a list of the "10 Coolest Independent Coffee Shops Across the US."

period (180,000). As this number grows with the popularity of Asheville, new

the area. With the average weekly wage ($650) well below the U.S average level

($850), affordability is an issue for the $275k and below housing market. This means

sweet spot in the market. With the annual population growth approaching 1% an 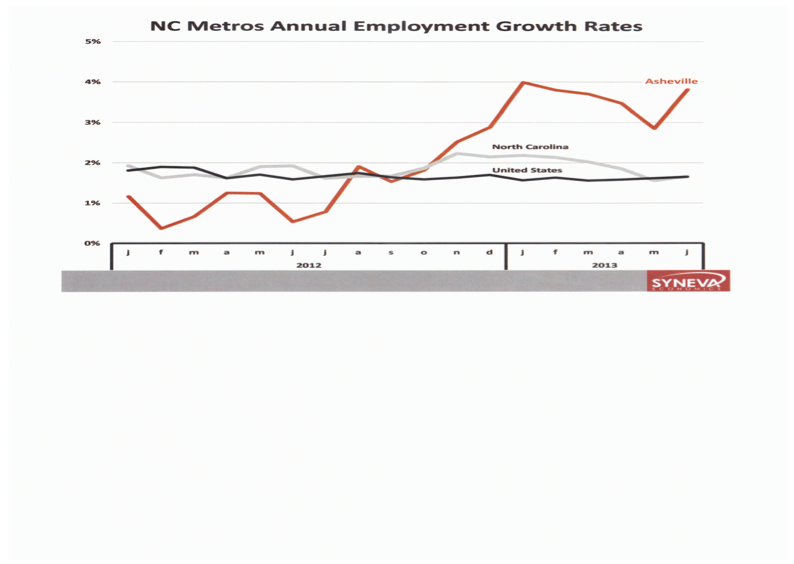 investment West Asheville, one of the hottest areas in town for

bohemians, professionals and commuters has a very limited supply

of homes on the market both for tenants and purchasers. In this 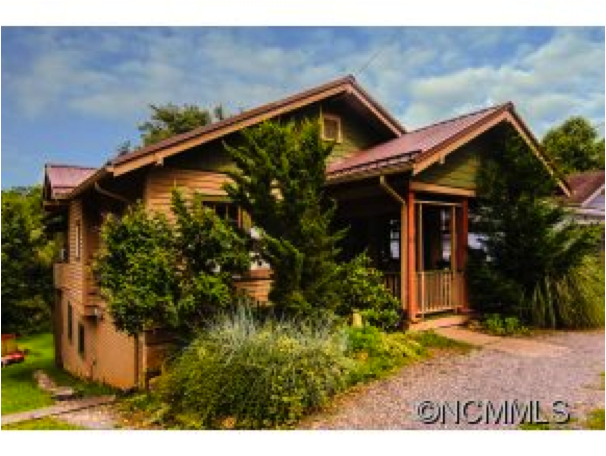 With a list-to-sell average ratio of .95, let’s say this house can be purchased at $187,000. With an average debt to equity ratio of 70% for this house, $57,000 would be put down on this home. If this home were listed for $1,350, in my experience the owner would receive over 20 emails in two days.  With a cash flow after expenses at about $4,200 a year + average debt pay-down of about $2,600 per year over a 5 year period, net return would be $6,800/year. Conservatively, about a 11% return, without taking appreciation into consideration.  Obviously, there are many factors which go into the purchasing decision such as deferred maintenance, interest rates, etc. but for simplicity sake this example is a very common occurrence from an investment perspective. Given the fact that rents are being raised 5% on average per year since the tenants have little supply to move into, year two rate of return could potentially gain another 1.5% per year. After taking into account rent increases, in year two a 12% return can be conservatively realized in the Asheville market. This makes Asheville a terrific investment opportunity with a limited downside as seen during the market slowdown in 2006-2009.

The old adage, Real Estate is all local and location, location, location is paramount in the investment equation. One thing for sure is that Asheville is known for it’s hospitality, local flavor and has developed a reputation as the “happiest city in America” for a reason.  This could go for real estate investors as well, not only the hipsters, families, retirees and professionals who are seeking the Ashevillian way.


Equal Housing Opportunity. This material is based on information which we consider reliable, but because it has been supplied by third parties, we cannot represent that it is accurate or complete and should not be relied on as such. This offering is subject to errors, omissions, change of price or withdrawal without notice.
Copyright DMCA, Privacy, Terms of Use |  Accessibility Statement  | Fair Housing Notice & Statement
Real Estate Agent Websites by AgentWebsite®